On November 9, 2015, the Western Association of Fish and Wildlife Agencies (WAFWA) re-opened the Range-wide Oil and Gas Candidate Conservation Agreement with Assurances (CCAA) with approval from the U.S. Fish and Wildlife Service (USFWS). This re-opening follows the September 1, 2015 decision of the U.S. District Court to vacate the listing of the lesser prairie-chicken (LPC) as threatened under the Endangered Species Act (ESA).

The CCAA is now open for new enrollments of oil and gas leases, pipelines, and transfers of properties from the WAFWA Conservation Agreement (WCA) to the CCAA. WAFWA has stated that participation in the CCAA will “result in conservation to support the vacatur and evidence to refute future appeals and listing proposals.” It is uncertain how long the CCAA will be open for new enrollments.

The legal assurances provided to participants of the WCA were derived from Section 4(d) of the ESA and are only applicable to species listed as threatened under the ESA. The CCAA’s legal assurances are based on an ESA Section 10 permit and remain applicable whether a species is listed under the ESA as threatened or endangered. The USFWS filed a motion on September 29, 2015, for reconsideration of the Federal Judge’s decision with oral arguments scheduled for November 12, 2015.

If you have questions regarding the decision or how any state- or federally-listed species may affect your project, please contact aci consulting’s WAFWA-approved LPC Technical Service providers at our Austin office. 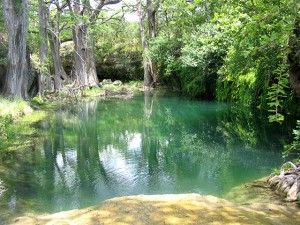 After failing to repeal the new Clean Water Rule on Tuesday, the Senate voted (53-44) to overturn the Rule on Wednesday under the Congressional Review Act. The White House has indicated legislation blocking the Rule will likely be vetoed.

On May 27, 2015, the Environmental Protection Agency (EPA) and the U.S. Army Corps of Engineers (USACE) published the Clean Water Rule: Definition of ‘‘Waters of the United States;’’ further defining the scope of waters protected under the Clean Water Act (CWA). Numerous lawsuits were brought challenging the controversial Rule by states, business, agricultural, and development groups; and on October 9, 2015, the U.S. Court of Appeals for the Sixth Circuit temporarily suspended the Rule pending judicial review. A copy of the published rule can be found here.

If you have questions regarding the new Rule or how it may affect a current or proposed project, please contact aci consulting’s Austin office.

On October 14, 2015, the U.S. Army Corps of Engineers (USACE) issued a public notice announcing the availability of an updated version of the Texas Rapid Assessment Method (TXRAM). TXRAM was developed as a tool to evaluate the integrity and health of wetlands and streams. Since its initial publication in 2011, TXRAM is used within the USACE Fort Worth District to calculate impacts to jurisdictional waters and corresponding mitigation, and as a monitoring tool.

A copy of the public notice can be found here.

If you have questions regarding TXRAM or its applicability to a project, please contact aci consulting’s Austin office at (512) 347-9000.

Register your well with the BSEACD | Mark Adams 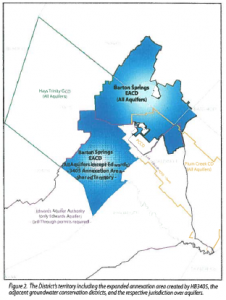 The link below will take you to the BSEACD press release from today discussing which wells need to be registered versus permitted.  If you have a well on your property south of the Colorado River in Travis or Hays County the BSEACD jurisdiction has expanded and you may now be within their regulatory area.  For wells where a permit is required, there are 11 days left to register your well and have the $500 application fee waived.  For those of you who don’t need a permit, registering your well is a great way to be informed about any potential issues that may affect y our well’s production capability or water quality.

If you have any questions regarding wells on your property, please contact aci consulting’s Austin office.

A North Dakota federal judge issued a preliminary injunction blocking the Environmental Protection Agency’s (EPA’s) new Clean Water Rule from taking effect. The new rule, which further defines the scope of waters protected under the Clean Water Act (CWA), was to take effect today, August 28, 2015. The injunction is based on lawsuits brought by 13 states arguing the rule will diminish the states’ authority over waters. In all, 29 states, along with various other groups have filed suits to block the rule.

The EPA issued a statement shortly after the ruling declaring the new Clean Water Rule to be effective in all states but the 13 that filed for the injunction: Alaska, Arizona, Arkansas, Colorado, Idaho, Missouri, Montana, Nebraska, Nevada, New Mexico, North Dakota, South Dakota and Wyoming.

If you have questions regarding the new rule or how it may affect a current or proposed project, please contact aci consulting’s Austin office.